Youth Is Wasted on the Young! 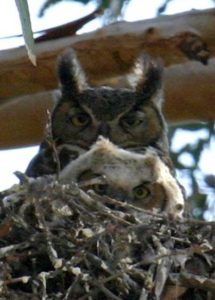 Recently, I was sitting at my computer in my man cave sorting and tagging my bird photographs. Playing in the background was a sad ballad from the first album by my son, Hart Bothwell (What Lies Ahead, released in 2015). 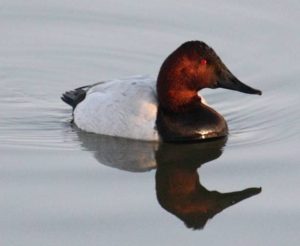 For no particular reason, I glanced to my left to the shelf of birding books that I keep at arm’s length. I felt the siren call of a small pocket-sized book that was part of a multi-volume set of nature-related books that I kept in my bedroom when I was a child over 50 years ago. 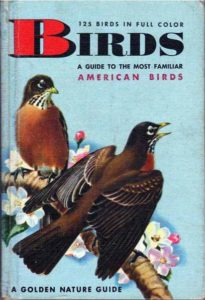 The book was the Golden Nature Guide entitled “Birds, A Guide to the Most Familiar American Birds” by Herbert S. Zim, Ph.D., and Ira N. Gabrielson, LL.D., D.Sc. and illustrated by James Gordon Irving. 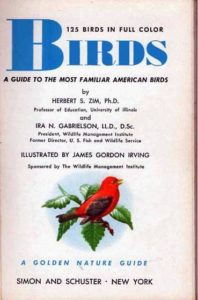 I suspect that many of you had the same book in your home. The book was first copyrighted in 1949 and my volume was the revised 1956 edition.

The book is clearly for beginners, but it has just enough detail to satisfy a youngster without overwhelming the reader. Included for each bird are a drawing in its preferred habitat, a paragraph-long description and a United States range map. 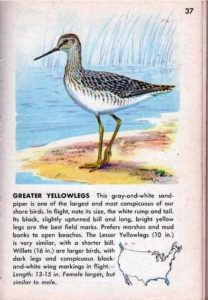 I wonder if the range map for this Greater Yellowlegs is wrong or if its range has expanded since 1956.

The range maps have no state lines. I think that may be because the book was published when children were taught American geography. If your elementary school experience was like mine, your class assignments included drawing in or labeling each state in a blank American map. I still remember some of the state capitals we were required to memorize. Montpelier, Vermont, sticks in my mind. Never been there, but at age 8, I just liked saying “Montpelier”. It rolled off my tongue with a satisfying curl. 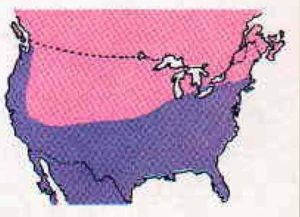 I know I spent hours going through the book looking at each bird. I never became a birder as a youth, but there must have been some spark of interest in me that was waiting to blossom. 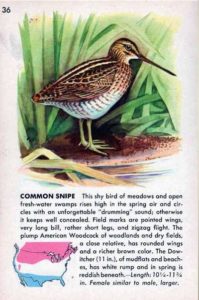 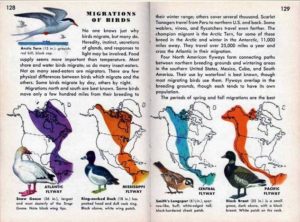 The last few pages were particularly tense. When I got to the Sparrows near the end of the book, my pulse quickened. The last bird was a Fox Sparrow (in plumage generally seen only in the east). Having cut my birding teeth in California, the eastern Fox Sparrow is still new and special to me. I was happy the Fox Sparrow was the bird that made my sightings (based on the book) complete. 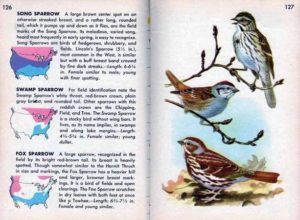 This Sooty (Pacific) subspecies of the Fox Sparrow is the subspecies to which California birders are most accustomed. 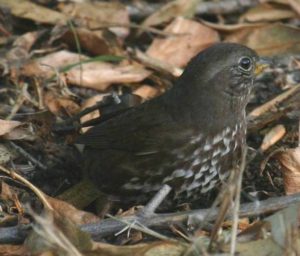 I had to pause a few times while going through the birds. Wait a minute, I have never seen a Sparrow Hawk (oh yeah, now it is called an American Kestrel). 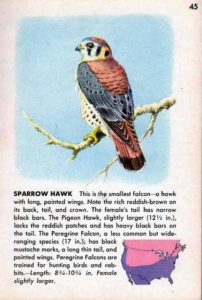 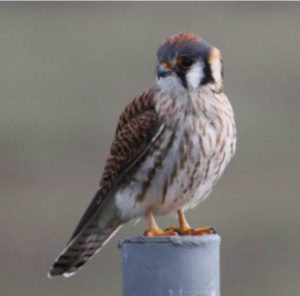 The text describing the Sparrow Hawk makes reference to a species called the Pigeon Hawk which is now known as the Merlin. Goggling Pigeon Hawk, I found that John James Audubon called the Merlin “la Petit Caporal” after Napoleon Bonaparte. I kind of like that name. I would like to post one day that I just saw a “Petit Caporal”. 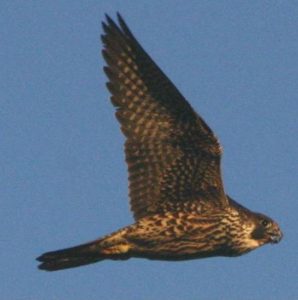 There were several other species with names that are different from the current names. 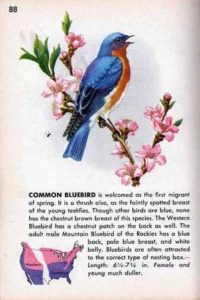 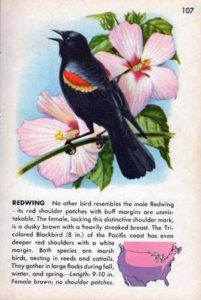 In 1973, the Myrtle Warbler shown below was lumped with the Audubon’s Warbler (and two other species not found in the US). 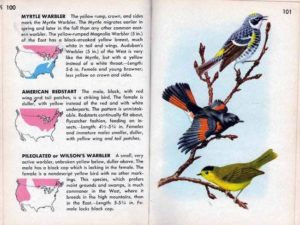 There is now a proposal pending to split the Yellow-rumped Warbler into three (and perhaps four) species. It goes to show you that, if you wait long enough, things come full circle. We may have both the Myrtle Warbler and the Audubon’s Warbler in the ABA area. One more tick for your life list! 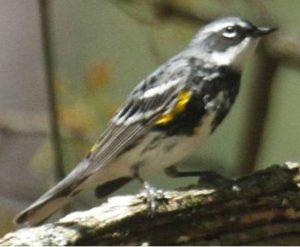 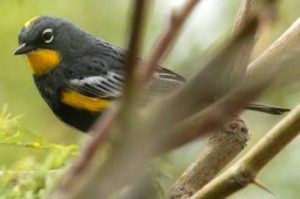 I got a lump in my throat when I turned to page 108 for the Baltimore Oriole. At the top of the page, in the very recognizable script of my long-gone mother, was a notation that she saw the bird on May 10, 1968. 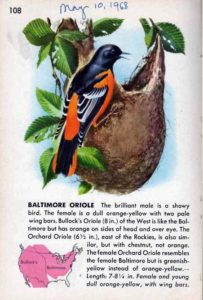 I would have been 16 years old and probably more interested in getting my driver’s license than looking at some bird. I can picture myself saying “Aw Mom, I’ve got to go. I don’t have time to look at a bird.” 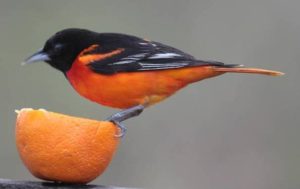 Now I wish I had an opportunity to look at a bird with my mother. I wouldn’t waste it this time.

All photographs by Vern Bothwell
For more like this, go to http://vbothwell.blogspot.com